The Ruesch Clinic provides its patients with specialized medical teams and high-profile equipment making the facility a benchmark for diagnostics in Southern Italy. 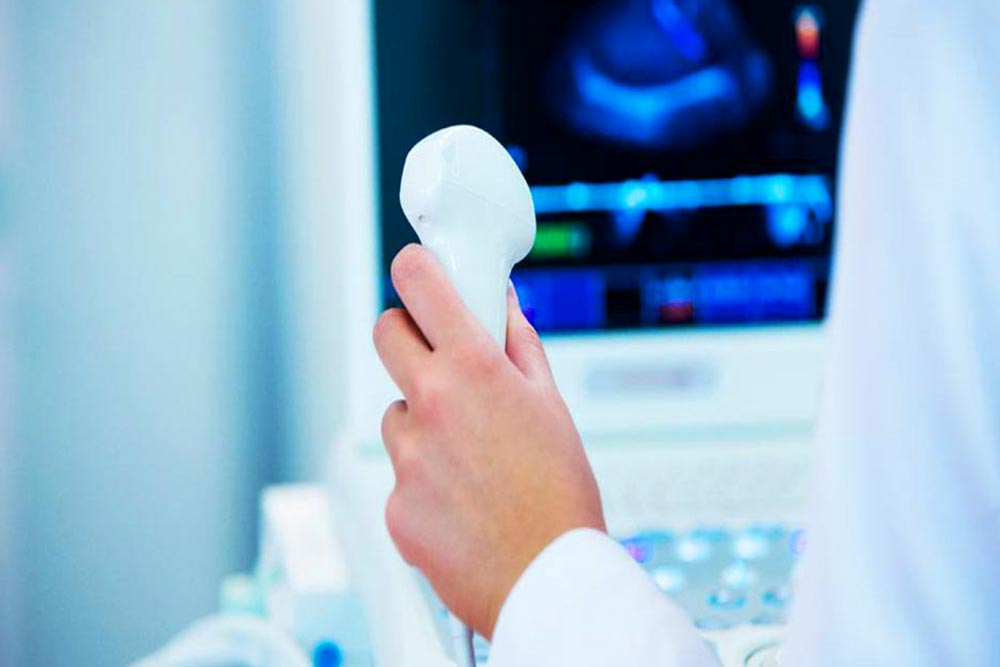 Ultrasound diagnostics is a branch of medicine that encompasses a vast number of possible examinations to be done, all of which have in common the method of investigation, namely the ultrasound, the echo-doppler and the eco-cardiogram.

Ultrasonography – also called ecotomography – is a method of medical diagnostic investigation that is based on the principle of the emission of sound waves called ultrasounds that are appropriately placed on the skin of the subject thus allowing to see the internal organs of the patient, the its glands and blood vessels as well as the muscular, tendon and subcutaneous structures that ensure its good health or the presence of any kind of pathology.

This diagnostic investigation is considered as a basic exam among the most common in circulation and it is not absolutely harmful to health, in fact it is also done to sick patients, of advanced age or still to pregnant women.

During the diagnostic proceedures the consultants at Clinica Ruesch are available to answer any questions.

Any emergency situations will be dealt with straight away by the staff at the clinic.

At Clinica Ruesch it is possible to have various types of ultrasound examinations:

The Ruesch Clinic offers a variety of ultrasound examinations.

How does an ultrasound work?

When we go to a clinic to perform an ultrasound, the doctor will make us lay on a special bed and then on the affected part to be examined, will be spread with a special gel conductor. After completing this operation, the specialist will pass over a probe that emits ultrasound and records the images that it can pick up. But how do ultrasounds work in contact with our body?

Being emitted by an electric generator and transmitted by the probe, the ultrasounds are impacted with the various body tissues of our body and are thus reflected on the basis of their proximity and intensity. Based on this, therefore, echoes are generated (that is why the survey is called precisely ultrasound) that are graphically re-elaborated and form the image on the appropriate screen of the tissues taken into consideration.

Ultrasonography is a totally painless practice during which, however, the patient must remain immobile. It is also a rather short examination: a visit with a doctor for an ultrasound is roughly 10 to 20 minutes.

What is an ultrasound for?

This type of medical diagnosis is one of the first approaches that have been used for the study of the human body, especially for the study of the thyroid and lymph nodes in the neck section but also of the abdominal cavity taking into account organs such as kidney, spleen, stomach, liver, pancreas, intestine and pelvis, muscle tissue, arteries and veins.

The eco-Doppler and the eco-color-Doppler are two specific types of ultrasounds able to exploit the Doppler effect. The Doppler effect is based entirely on the measurement of frequency variations between the beam reflected by a moving body and the incident beam. The frequency variation of reflected echo waves is closely related to the velocity and direction of the reflective element. These tests are used to calculate the speed of movement of the structures taken into consideration.

The ecodoppler and ecocolordoppler examinations are diagnostic types that, like ultrasound, are not invasive, do not need any kind of special clinical preparation and are totally harmless to the body, to the point of being repeated several times without any problem .

The mode of investigation is the same as for ultrasound: a probe is appropriately applied to the skin and through this we can obtain morphological and functional information on the vessels examined.

The name of Effetto Doppler comes from an Austrian physicist who in 1845 experimented with variations in sound waves according to speed, even though in the early days it was not used in medicine, where the technique of the Doppler effect started to make more progress. a century later, even around the 60s of the twentieth century. In this period, in fact, the first continuous wave Doppler device was introduced, able to study all the variations and the velocity of the blood flow inside the examined vessels.

Over the years, of course, the technique has been refined more and more becoming today one of the most accurate diagnostic tools in circulation.

Where can the ecocolordoppler be used?

The ecocolordoppler can be used on all the vessels of the abdomen, upper and lower limbs and the neck, but it can be limited to use on the intracranial vessels and thoracic vessels.

When do I need to do the ecocolordoppler? The ecocolordoppler can be particularly indicated in the case of diagnoses of diseases of the arteries and veins, but it can also be recommended to individuals who may be at high risk for diseases of the circulatory system, such as those suffering from diabetes or those with a familiarity for arterial or venous diseases, and finally can be simply prescribed for normal health checks of veins and arteries.

We provide the best diagnostic services for all patients, also from neighboring cities, who want to reserve the best specialists and the best technologies for their health care.