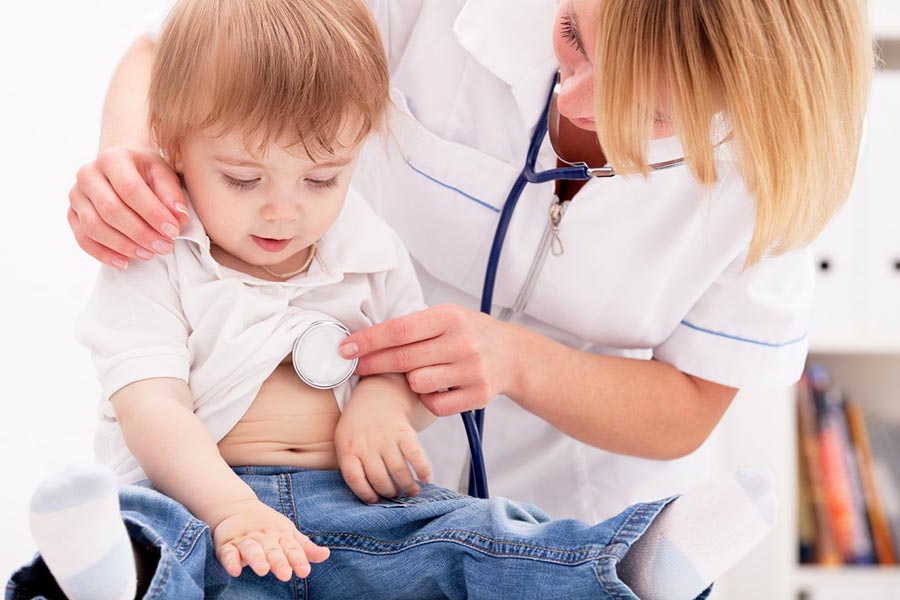 Pediatrics is a branch of medicine that deals with the psychophysical development of children and has a subspecialization that bears the name of neonatology. Neonatology is the science that deals with newborns during the first month of life. Neonatology and pediatrics are often used to help prevent fetal malformations and treat the child’s illnesses from birth.

All the pediatric disciplines concern the psychological and physical development of the child and are suitable for the diagnosis of all those that are childhood diseases.

The etymology of the word and how pediatrics was born

“Pediatrics” is a term of Greek origin and derives from “pais” which means child, infant and iatros, or “doctor”.

In past centuries we actually find a limited number of news on medical care entirely dedicated to children, instead there are more numerous for example the documents found which deal with education, nutrition, and rearing of infants, often found in the form of essays on medicine and obstetrics. In Roman times, children are the object of particular attention by legislators.

The first laws for children currently known today is attributable to the foundation of Rome and its undisputed founder, Romulus, who granted the fathers the power to kill deformed children and second-born daughters.

This deplorable and highly debatable practice, together with the exhibition, was definitively abolished by Constantine.

The news on the history of care dedicated to Roman children is varied and inform us that they start from the first days of the birth of the child thanks to the choice of the nurse, to ensure the infant a proper diet and then continue with advice on care and hygiene of the body of the child, to move forward and complete with further advice on practices to raise healthy and strong babies and to educate the body and mind.

Sorano d’Efeso, a Greek physician (98-128 AD) who lived in Alexandria and Rome, is among the authors who are most recognized in the study of newborn problems. He is in fact the author of De morbis mulierum, which is considered the first treatise on gynecology and scientific obstetrics in which there are also numerous indications concerning the health of the child such as:

In the Middle Ages, Arab medicine, on the other hand, was the one that most allowed medical and scientific knowledge to progress more and more and not fall into oblivion. The special attention that Arab doctors gave to children’s illnesses was also extended to this.

Among the most recognized Arab doctors who have contributed most to the constitution of a set of pediatric knowledge we must mention: Avicenna (980-1037) author of the Canon, a time later translated into Latin and also adopted as a university study text, in which diseases such as exanthematous fevers were also described with precision but also pleurisy, acute meningitis, apoplexy and vomiting in children; Albucasis (1013-1106) was the one who instead gave more purely neonatological therapeutic indications; Rhazes (890-923), a highly recognized doctor in the Arab world and the author of over two hundred volumes, treated measles, smallpox, and scarlet fever particularly carefully. In Italy, however, the famous medical school of Salerno was born, but despite this, texts of infant medicine have not been handed down and preserved from this place.

On the other hand, it is from the medieval era that we recall Aldobrandino da Siena, a doctor of the mid-13th century and author of the Régimen du corps. Entrusted to him the task of drawing up an essay on hygiene that would have been donated to the daughters of the Countess of Provence, the Sienese doctor was therefore to spontaneously begin the treaty with appropriate advice on the treatment of children from the first days of birth, for which this work developed into a small Bible of child care and pediatrics.

The pediatric examination must be periodic and follow the growth and development of newborns, children and preadolescents in order to diagnose the main pathologies in pediatric age (respiratory tract infections, tonsillitis, bronchitis, exanthematous diseases and so on).

The pediatrician is the doctor who specializes in the psychophysical development of the newborn and the child and in the diagnosis and treatment of all childhood diseases. The pediatrician must follow the child from birth until at least the age of 13 through all the phases of the development of the small patient and helping and directing the parents in the path of education and care of the children. The pediatrician is a reference specialist for the child’s family also as regards to his health and other possible choices to be made in the face of clinical cadres who need a specialist opinion. In the developmental age of the child, in fact, the foundations of the lifestyle of the adult child come to feed such as nutrition, physical activity, attention to health, etc. and entrusting to a pediatrician who is able to know him and follow him on his journey is today a very important choice and a great responsibility.

What is a pediatric visit and how does it work?

The visit of a pediatrician is of fundamental importance for all healthy children. As simple as a periodic check-up they can assess what are the values ​​of the child’s growth and some typical problems of the developmental age: therefore those that are all motor skills and language skills, vision control, gait and posture of the spine. The pediatric visit is also of fundamental importance to be able to diagnose, treat and monitor all the symptoms and diseases typical of childhood and developmental age such as respiratory infections, tonsillitis, bronchitis, otitis, bronchopneumonia, exanthematous diseases or infectious diseases such as chicken pox, rubella, mumps, streptococcal infections, measles, etc.

However, the pediatric visit begins with the anamnesis: when the child is still small, the visit is made with the parents who can reconstruct a clinical history for the child, his behavior, habits and everything that can be useful for the growth of the child. Developing instead and going towards puberty age, the patient can choose to relate in isolation with the pediatrician. The visit will include a general observation of the child’s health, the height and also its weight will be measured thus increasing its growth and there will be a rapid control of sight and hearing. In addition, the pediatrician takes care of referring parents to other more thorough child health screening using the help of other specialists (radiologists, ophthalmologists, orthodontists, etc.).

The best medical specialists in Naples belong to the Ruesch Clinic, forming a pool of top-level professionals capable of satisfying all health needs for all our Neapolitan patients or those from other regions of Italy.